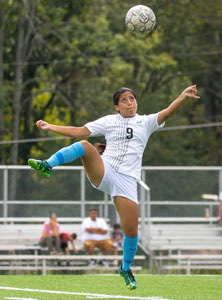 Dyersburg State Community College took a 1-0 lead with 35:30 remaining in the first half on a shot to the top corner of the net. NPC’s defense held strong through the remainder of the half, but could not convert inside Lady Eagles territory, resulting in a 1-0 halftime disadvantage.

With 41:06 remaining in the second half, the Lady Eagles extended their lead with their second goal of the game. Despite a late push by NPC in the final minutes, the Nighthawks were unable to overcome the deficit.