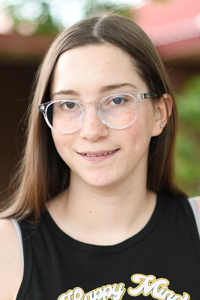 Graham learned about the concurrent credit program through her counselor at Lakeside High School. “I wasn’t fully sure what I was getting myself into when I decided to do NPC and high school but I knew it would benefit me in the long run,” stated Graham.

Graham said she also worked a job while attending high school and completing her associate degree this year. Though she has not decided on her major, she plans to attend Henderson State University.

“I never visited the NPC campus, all of my classes were online, however the school will always be a big part of my life. I spent a lot of time and effort in my courses through NPC and I will forever be grateful to have a jump-start on college,” noted Graham.

Brown learned about concurrent classes at NPC from other students. She said her principal at the time, Toby Crosby, as well as her College and Career Coach, Tammy Brown also encouraged her.

“I chose to do both high school and concurrent classes through National Park College because I originally wanted to get a few of my basic classes out of the way. I was later told that I could receive my Associate of Arts degree at the same time I graduated high school, which meant I would have two years of college out of the way and completely paid for. I set a goal for myself in the ninth grade to accomplish that and I was determined to do so,” stated Brown.

“If students are given the opportunity to take just a few concurrent credit classes, I 100% encourage them to do so. It will not only save you money in the long run, but also give you a taste as to what college is like so you won't be going in blind. It can be a lot to balance, but it is incredibly worth it. I would not change anything about my decision and am incredibly excited and proud I have accomplished the goal I set for myself in the ninth,” Brown added.