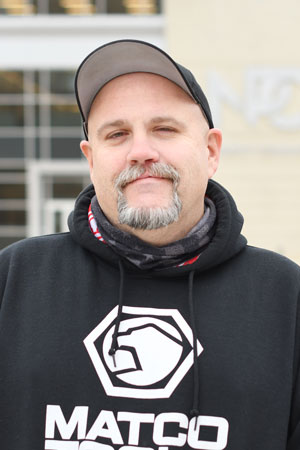 Sluder has been interested in automotive service for a while, but did not believe he had the time to attend college. An opportunity presented itself and he did not want to pass up the chance. “The atmosphere at NPC is very inviting and feels like home, which makes juggling classes, home life and work much easier,” he said.

Auto Service Technology instructor Devron Dever said, “Travis is a dedicated student that is eager to learn the automotive trade. His thirst for knowledge, his work ethic and his willingness to work with others make Travis and ideal student.”

“This scholarship will provide assistance in obtaining tools needed to further my education as well as my new career path. Thank you to the people who invest in students such as myself,” said Sluder.