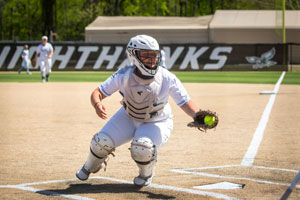 After adding four additional runs over the third, fourth and fifth innings, the Aggies smashed five runs in the sixth inning, taking a 10-run lead en route to the team’s ninth Region II victory of the season.

Nighthawk freshman Baley Williams (Alma) went 2-for-3 at the plate to lead NPC in hits.

In game two, Murray State College began in similar fashion—knocking in three runs in the top of the first inning to grab the early lead. In the bottom of the third 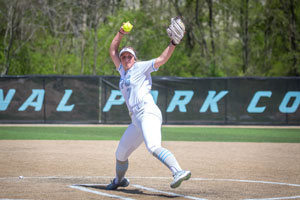 inning, NPC cut the lead in half behind singles from sophomores Emily Cecil (Conway) and Jessye Rowland (Bonnerdale) and a double from freshman Madeline Bruce (Conway).

Nighthawk freshman Madalynn Thompson (Bryant) went 3-for-3 at the plate to lead NPC in hits, while Bruce, Cecil and Rowland finished with multiple hits in the loss.

NPC celebrates Homecoming on Saturday, Apr. 17 for a double header against North Arkansas College beginning at 2 p.m. Game two of the double header will be livestreamed at xzerosports.com.

For more information on schedules, rosters and more, visit Nighthawks Softball online. Fans can also follow the Nighthawks all season on social media.