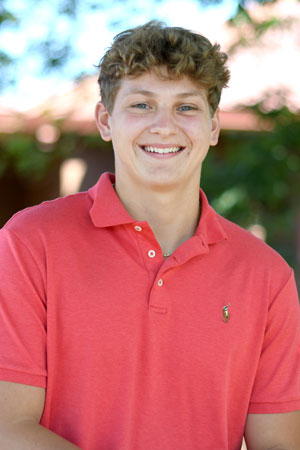 Newsom is currently working toward a business degree. While searching for a college, he knew he wanted to continue playing baseball but had not yet received an offer. He met NPC Baseball head coach Richard Thompson last summer, who offered Newsom a scholarship and NPC became his college home.

“David is an extremely hard working, humble and polite student-athlete. He has been a leader and a great role model for his peers over the last 12 months. We are excited to have him continue his success as a Nighthawk and beyond,” said Thompson.

Though he hopes to continue to play baseball, Newsom understands the importance of having a degree, one that will provide stability for him and his future family.

“Receiving the Academic All-Star scholarship was such a blessing and honor. Throughout my entire life, I have treated school very seriously with the intentions of being the best student and man I could. I feel like this scholarship is the essence of hard work and this is what I have striven for my whole career,” said Newsom.

The ACC Academic All-Star Scholarship is awarded annually to students from each of the two-year colleges in Arkansas as recognition of their academic and service achievements. Recipients must have a cumulative grade point average of 3.25, be involved on campus and in the community, and plan to transfer to a four-year university in Arkansas.