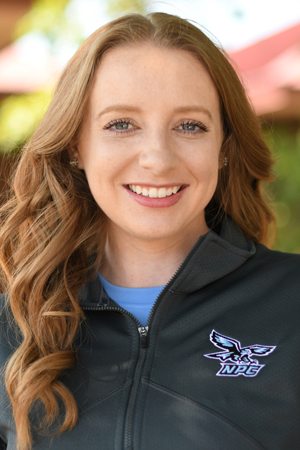 The National Park College (NPC) Nighthawks softball team has selected its next head coach this week.

Autumn Wyatt will serve as the Nighthawks’ second softball coach. A native of Keller, Texas, Wyatt most recently served as the Assistant Athletic Director for Compliance and Academics at East Central University, and previously served as an assistant coach for Franklin Pierce University and at Southern Arkansas University, where she helped lead the Muleriders to back-to-back NCAA postseason appearances, including the national semifinals, and earned 2018 NFCA Central Region Coaching Staff of the Year honors.

As a player for East Central University, Wyatt helped lead the Tigers to their first Great American Conference Championship in 2015 and earned numerous honors, including multiple appearances on the NFCA All-Central Region, All-GAC and GAC All-Tournament teams and a two-time Academic All-American.

“I want to thank Coach Hudnell for the opportunity to lead the Nighthawk softball program,” Wyatt said. “National Park College and the community of Hot Springs have been very helpful and welcoming throughout this process and I could not be more excited to join the Nighthawk family. The future of this program is bright and I cannot wait to see what this group of young women can do.”

Wyatt succeeds Jessie Taylor, who served as head coach for the past two seasons before accepting a position within the athletics department at the University of Central Arkansas this summer.

“I am really excited to welcome Coach Autumn Wyatt to Nighthawk Nation,” NPC Athletic Director Jason Hudnell said. “She brings collegiate softball experience, both as a player and as a coach, as well as knowledge in college athletic administration. Our young ladies seem to have really connected with her in a short period of time. She will be a tremendous asset for us as we continue to build a championship-level softball program.”

For more information on schedules, rosters and more, visit Nighthawks Softball online. Fans can also follow the Nighthawks all season on social media.