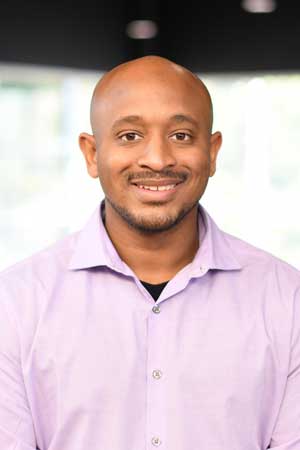 The scholarship was established this year by Davis’ children Dennis and Chris Davis, and Tina Watkins. Larry Davis had a long and successful career in Radiologic Technology and served as head of the department at Ouachita Hospital. They shared about their father’s passion for the field and their excitement to honor his legacy by investing in the next generation of professionals.

Debra Wilson, program director explained that Larry Davis and M.R. Springer were instrumental in establishing the Radiologic Technology program at NPC. “He was an encourager. He encouraged me to continue when I was a brand-new student and he was one of those motivators, almost a mentor.”

Wilson explained the supportive atmosphere the program is known for is part of the culture that Davis and Springer formed many years ago. “We are a family for two years,” she noted. She said Johnson was a the first person who came to mind when selecting the first recipient for this scholarship. “Myrick was just a perfect fit for the values that [Larry Davis] instilled in me, to instill those in him. He is going to go on and do big things.”

Johnson is completing his second year in the Radiologic Technology program. He is an Army veteran and plans to use the scholarship to cover expenses not paid by his GI Bill. “I’m in the military and the GI Bill that I am using only covers 90 percent of it, so that actually covers the rest of it.”

Johnson graduated from Hot Springs High School and joined the Army after earning his Associate of Arts degree at NPC. He has 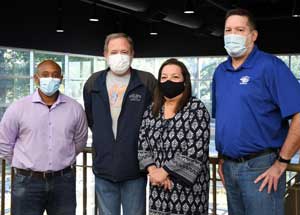 always been interested in a career in the medical field and decided to return to pursue a degree in Radiologic Technology after his discharge. He is considering transferring to the University of Arkansas Fort Smith to complete a bachelor’s degree.

Johnson described NPC as “homey” and said the small campus environment was important in his decision to return here. He likes that the faculty and staff are easily accessible and available when you need them. He expressed appreciation to the Davis family and said, “Thank you. It has been a blessing and it’s an honor to be awarded this scholarship. It is really humbling.”