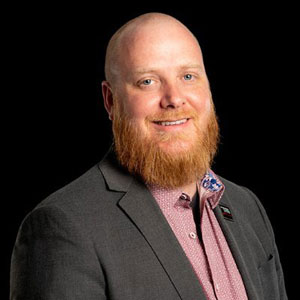 “I am most excited about getting on campus and working diligently toward increasing the prosperity and success of the community” said Allison.

Allison comes to NPC from Northwest Florida State College where he was the Director of Workforce Development, Continuing Education and Adult Education. He holds a Bachelor of Science in Health Science, a Master of Arts in Christian Ministry and is currently enrolled at Liberty University seeking a Doctor of Education in Educational Leadership.

Allison also brings an extensive 12-year career in the United States Air Force. He was awarded the honor of Outstanding Airman of the Year for his exceptional skills and leadership conducting missions during Operation Iraqi Freedom. He was selected into the noncommissioned officer ranks and later completed Airmen Leadership School where he was presented the Leadership Award, the highest nonacademic award achievable in the Airmen Leadership School. He was also an instructor for the Community College of the Air Force.

“After reading the history of NPC, I felt that this institution has been making the right moves toward creating a mission designed to make a relevant impact within the community. After visiting Hot Springs and the institution, we are humbled by the support and hospitality of both the NPC staff and the Hot Springs community. We are looking for a community that we could pour into for many years to come and Hot Springs is the perfect fit,” Allison noted. He and his wife, Hollie have two children together, Abigale and Billy Jr.

NPC President, John Hogan said, “Bill is coming to us with a high level of energy and a unique passion for workforce development. His prior experience in the field, particularly in aerospace and tourism, will be of great benefit to NPC and the Garland County community. I look forward to Bill joining the team and adding to the already aggressive momentum.”