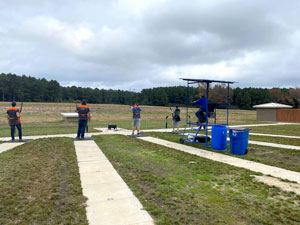 The trapshooting team will compete again during the spring semester. For more information about trapshooting, contact James Montgomery at james.montgomery@np.edu.