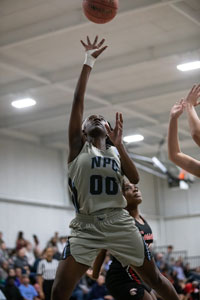 The National Park College Nighthawk men’s and women’s basketball teams picked up their first wins of the season Tuesday, with the women defeating UA Cossatot, 78-67, and the men following up with a 102-79 victory over the Colts.

In women’s action, the Nighthawks (1-2) overcame a 12-4 deficit early in the first quarter behind a 10-point effort from freshman Imani Honey (Hot Springs) to knot the game at 17. In the second quarter, sophomore Grace Crawford (Bee Branch) paced the Nighthawks with 10 points—including eight from the free throw line—to lead National Park College to a 40-32 halftime lead.

In the second half, the Nighthawks staved off a comeback attempt from the Colts behind seven third-quarter points from freshman Nya Moody (Lake Hamilton) to end the quarter leading 55-54. In the fourth quarter, sophomore Logan Keener (Lake Hamilton) finished off UA Cossatot with an impressive 10-point effort.

Honey led the Nighthawks in scoring with 28 points and 12 rebounds. Crawford added 16 points, while Moody and Keener finished with 15 and 10 points, respectively, in the win.

After falling behind, 7-0, to start the game, and finding themselves in early foul trouble, the Nighthawk men (1-2) found their 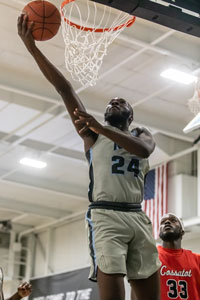 groove behind freshmen Jakilyn Kaiser (Conway) and Terry Clardy Jr. (Conway). Kaiser scored seven of the team’s first 11 points off the bench en route to a 14-point first-half total, while Clardy Jr. paced the Nighthawks to a 47-41 halftime lead with 12 points.

In the second half, National Park College enjoyed big performances from sophomore Patrick Greene (Little Rock), as well as freshmen Kamryn Vick (Little Rock), Joe Ramey (El Dorado) and Lane Kersey (Lake Hamilton)—extending the lead to as many as 24 points and utilizing its pressure defense to shut down the Colts.

Kaiser led all scorers with 18 points in the win. Clardy Jr. added 15 points, while Ramey, Vick and Greene each added 13, 11 and 10 points, respectively.

National Park College returns to action Thursday against Northern Oklahoma College-Tonkawa in Enid, Oklahoma. The women will play at 1:00 p.m. with the men following at 3:00 p.m.