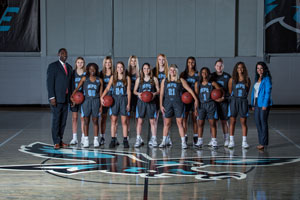 The women’s team will include returning students Makayla-Kai Montiho of Poyen, Logan Keener of Lake Hamilton, Brianna Barger of West Fork and Summer Godwin of Mountain Pine. New to the women’s team are sophomores Kyndal Hardy of Mount Vernon and Grace Crawford of Bee Branch and freshmen Imani Honey and Nya Moody of Hot Springs, Charlayah Ridgell of Monticello, Haley Langley of Arkadelphia, Jaide Vavra of Centerpoint and Katie Walthall of Little Rock.

“We are returning four players from last year and have added eight players to our family,” All-Region Coach of the Year and NPC head women’s basketball coach Marvin Moody said. “In the players added, we bring high school championship experience and size needed to compete at this level.” 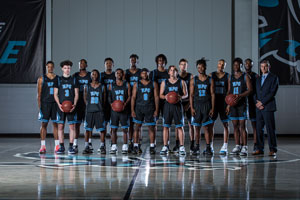 “We have added some length and athleticism to this year’s team, which I’m happy with,” NPC Athletic Director and head men’s basketball coach Jason Hudnell said. “We understand that we play in a very competitive league, but I think Hot Springs will be proud of the team we put on the floor this fall.”

XZero Sports will continue to broadcast Nighthawk basketball this year. Announcers Mark Oliver and Nathan Looper return for their third season calling the Nighthawks. Beginning in November, home and away games for the men and women's programs will be live-streamed on www.xzerosports.com.

For more information on schedules, rosters and more, visit www.np.edu/basketball. Fans can also follow the Nighthawks all season on social media.