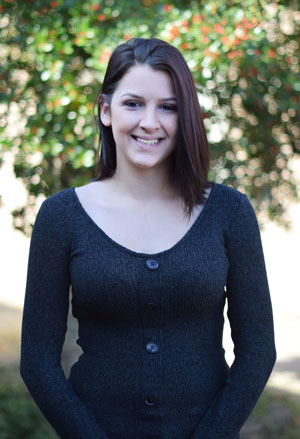 National Park College (NPC) announced Christina Grigg as the November student of the month. Originally from Indiana, her family relocated to Hot Springs to care for her grandmother. She is a mother of three children and completed her GED at NPC. She earned a Certificate of Proficiency in Medical Coding in 2017 and recently returned to complete her Associate degree in Registered Nursing.

Grigg decided that she would pursue her goal to be a nurse after realizing her true passion was helping people hands-on. “I really wanted to be the one doing the interventions, to actively help people, but I didn’t think I could do it anymore. At the time, I had two children and no time.” She added that nursing offers a lot of variety in career choices. “There are so many fields I could go into. It is a career that I will always be actively learning and challenging myself,” she said.

“I can say, without a doubt, that my three children are the root of my motivation and determination. Though my life is extremely hectic, I don’t think I would have made it this far without them,” said Grigg. Christina hopes to work with children while she pursues her bachelor’s degree. Her long-term goal is to become a nurse practitioner specializing in neonatology. “After my rotation at Arkansas Children’s Hospital, and being fortunate to observe in the NICU, I knew the NICU was the place for me,” said Grigg.