The National Park College (NPC) Foundation announced the recipients of the 2018-2019 Van Davis Memorial Scholarship. Paige Morphew and Yesenia Altamirano were each awarded a $1,000 scholarship. 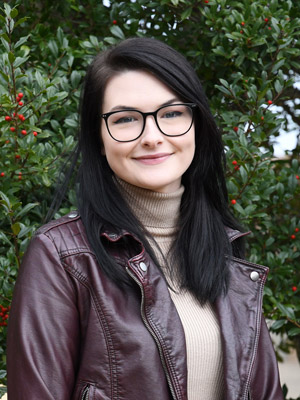 Morphew is a first-generation college student with a dream to teach English abroad in either China or Japan. Her passion for language began in high school when she placed first in the state and second in the nation for Chinese. She spent her junior year studying abroad as an honored guest of the Chinese government in Beijing, China. She also participated in the Hot Springs Sister City Delegation to Hanamaki, Japan.

She has overcome tremendous obstacles to pursue her education after starting at the University of Central Arkansas (UCA) and having to take a few years off. “It took so much to muster up and decide to come back. I have been in the PTK honor program and the Dean’s list or the President’s list every semester, so I feel like it is all of my hard work manifesting itself,” said Morphew.

Morphew will graduate in May and plans to transfer to UCA to complete a Bachelor of Arts in Applied Linguistics with a double minor in Chinese and Japanese. “I am glad that someone believes in what I am doing, so that I can believe in myself and push forward. I would like to give that back to the community, and I am glad that I will be a part of our 5K on the 16th. I am really excited,” she added.

Altamirano is also a first-generation college student who wants to pursue nuclear medicine. She hopes to transfer and complete her degree. “I just like discovering things. I enjoyed chemistry in high school and the experiments and stuff. It just seems like a good fit for me,” she said.

She also has a sister in college. She says without scholarships and aid she would not be able to attend college. “I have seen my family go through trying to pay for my sister’s college, and it’s hard. That is why I started here at National Park, because I wanted lower tuition, and the scholarships have helped that I have gotten.” 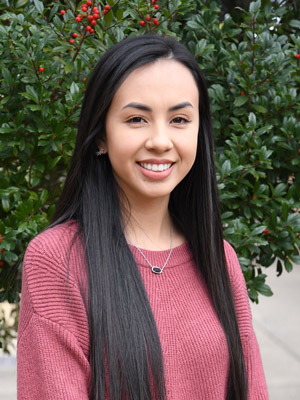 Altamirano said she is grateful for the support. Her parents had to begin working at a young age and were not able to finish grade school, but education is a high priority for her and her family. “My parents didn’t go to school, so I feel like it’s for them,” she said.

The Van Davis Scholarship is a competitive scholarship that is awarded to a first generation college student with a cumulative GPA between 2.0 and 3.5. Students are required to complete an essay, which is reviewed by the Faculty Senate Scholarship Selection Committee. The scholarship was created to continue the legacy established by Dr. Van Davis. Dr. Davis was an esteemed member of the NPC faculty and Chair of the Social Sciences Division, teaching students for nearly 38 years and inspiring them to use their drive, passion, humor and intellect to succeed at earning college degrees. He cared for his students deeply and shared joy in their successes as scholars and human beings. He often provided personal scholarships to individuals in need, many of whom were first generation college students.

The scholarship is funded with proceeds from the Annual Van Davis Memorial 5K Run/Walk. Over the past six years, the event has contributed more than $53,000 to the scholarship endowment. Presenting sponsor for this year’s race is Morgan Stanley. Gold sponsors include The Sentinel-Record, The Munro Foundation, and Levi Hospital. Bronze sponsors include Dr. Richard Braley, Hot Springs Title Company, and US Bank. For sponsorship information contact Nicole Herndon at 501-760-4300 or nicole.herndon@np.edu.

This year’s event is set for February 16 at 9:00 a.m. at Baseball City Park. Registration information can be found at www.np.edu/VanDavis5K.