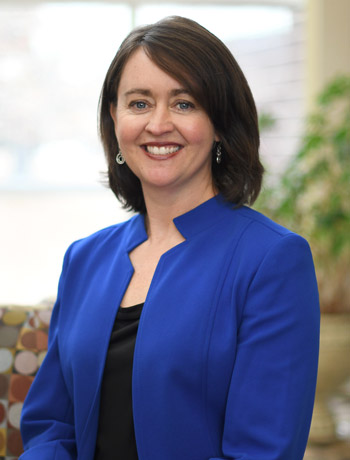 Thurber has served as interim vice president in the role since June following the resignation of Jeff Weaver. She holds an associate degree from National Park College, a Bachelor of Science in Education and a Master of Education from the University of Arkansas.

In 2014, Thurber was selected as NPC’s Outstanding Staff Member. She is a member of Leadership Hot Springs Class XXV and the Arkansas Community Colleges Leadership Institute Class II. She is a founding member of the NPC Cultural Diversity Awareness Club and currently serves as the College’s chief diversity officer.

Dr. John Hogan said Thurber has been successful during her time as interim vice president. “In that time, she has demonstrated the skills and experience that predict a very successful tenure leading NPC’s fundraising, communication, marketing, and legislative efforts. She has demonstrated the ability to effectively lead the strong External Affairs team,” he said. “I’m pleased that Darla has decided to extend her career at NPC. Her leadership and work in the President’s office served as excellent preparation for her new role. I expect she will build on the very successful work of her predecessors.”

“I am thrilled to continue serving the institution that invested in me as a student almost twenty years ago. We change lives through education and the support that comes with it, and I am honored to be part of the calling,” said Thurber.