Home > About NPC > Board of Trustees Bios > Joyce Craft 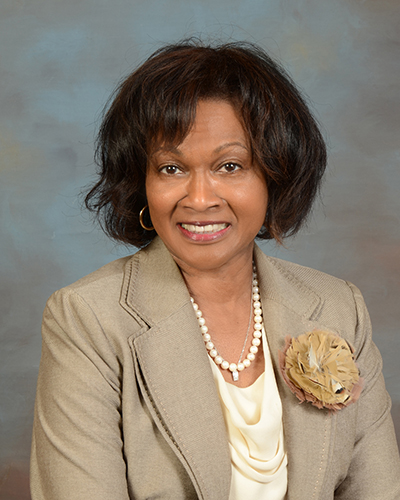 She became superintendent of the Hot Springs School District in 2007 and she was the first woman and the first African American Woman to be named superintendent. Under her leadership she saw the construction of a 14 million dollar State of the Art Intermediate school and even before the heightened security and safety concerns became the major focal point, she had installed security cameras in every classroom in the district. In her 44 years of distinguished service as a professional educator and as a teacher and administrator, Mrs. Craft has impacted over 10,000 students. She has received significant and numerous awards, honors and recognition on the local, state, and national levels. She was featured in a national technology magazine for her innovation with technology in the classroom and was also inducted into the Henderson State University Academy of Scholar – HSU Wall of Honor Education Award presented by the Teacher Education Division.

In the community she belonged to numerous clubs/civic organizations. Mrs. Craft was the first African American woman to be accepted into the Rotary Club of Hot Springs. She initiated the first Rotary Readers Program and instituted the Rotary Interact Club for students at Hot Springs High School. Mrs. Craft made significant contributions to the Hot Springs Community in paving the road forward for African Americans and women in general. By being the first woman of color to become Superintendent of the Hot Springs School District, more women, especially African American women began to pursue or further their education and they began applying for administrator’s positions.

After Mrs. Craft retired, she still welcomed the opportunity to continue to serve her community. She currently serves as the chairperson of the Hot Springs Housing Authority Board of Commissioners and the Hot Springs Public Facility Board of Directors, she is secretary of National Park College Board of Trustees, a board member of the Salvation Army, Levi Towers Boards I & II, the Literacy Council of Garland County, a member of the Community Advisory Committee for Levi Hospital, a member of the Hot Springs Rotary Club where she is a Paul Harris Fellow. She is also one of the founding members of the Hot Spring Women Leadership Council, and the Christian Education Director of Roanoke Baptist Church. Mrs. Craft is married to Lieutenant Colonel Curtis Craft, Jr., and between the two of them they have six children and 12 grandchildren.