Home > About NPC > Board of Trustees Bios > Gail Ezelle 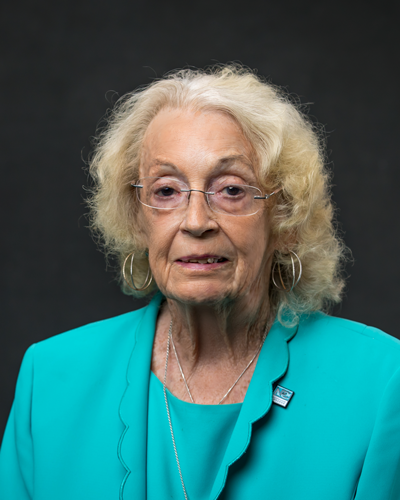 Gail Ezelle, of Hot Springs, is a member of the National Park Rotary Club, Board of Trustees for National Park College, Leadership Hot Springs and numerous other civic boards and organizations. She was interested in serving on the Board of Trustees because of her long-time involvement in education which began when she worked as a librarian while her children were in school. She participated in the Arkansas State Parent Teacher Association and served four years as an educational lobbyist.

Ezelle established the Senior Arkansas Sports Organization as a non-profit in 1993 and served on the Board of the National Senior Games Association.

Gail received the Governor's Leadership and Fitness Award for 2003 from Governor Mike Huckabee as well as previously being selected by the Hot Springs Chamber of Commerce as 'Outstanding Woman of the Year'. She was awarded the Spirit Award from Baptist Medical Center (August 2006) and also received from Congressman Mike Ross a "Certificate of Special Congressional Recognition for outstanding work and commitment to Arkansas Senior Olympics". Gail previously participated in swimming events during the games and has qualified for the national games.